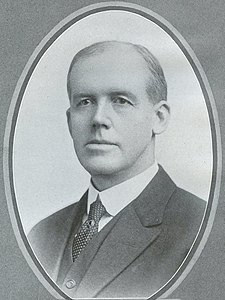 Who was Uel W. Lamkin?

Uel Walter Lamkin was president of Northwest Missouri State University from 1921 to 1945.

Bearcat Arena was named Lamkin Gymnasium for many years. The Arena is now in the Lamkin Activity Center which also includes Martindale Gym. He is buried in Englewood Cemetery in Clinton County.

Discuss this Uel W. Lamkin biography with the community: