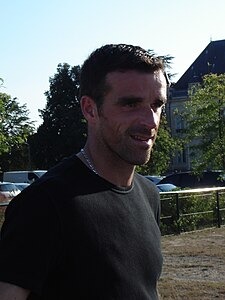 Ulrich Ramé is a French professional footballer who plays for CS Sedan Ardennes as a goalkeeper.

In a professional career which spanned two decades, he played mainly for Bordeaux, appearing in more than 500 official games and winning six major titles.

A French international during four years, Ramé represented the nation at Euro 2000.

Discuss this Ulrich Ramé biography with the community: