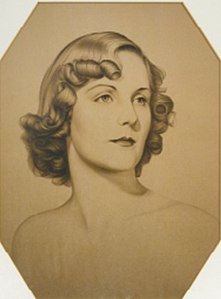 Who was Unity Mitford?

Unity Valkyrie Mitford was an aristocratic English devotee of Hitler.

In Britain and in Germany, she was a prominent and public supporter of Nazism and fascism and from 1936, a part of Hitler's inner circle of friends and confidants for five years. Following the declaration of World War II, Mitford attempted suicide, although doubts about the attempt were raised in the media following the declassification of MI5 government documentation.

She was a member of the Mitford family, tracing its origins in Northumberland back to the 11th century Norman settlement of England. Her sister Diana was married to Oswald Mosley, leader of the British Union of Fascists.

Discuss this Unity Mitford biography with the community: