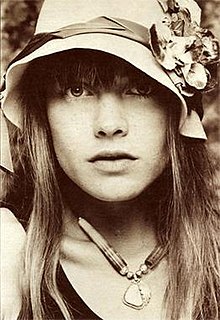 Who is Valerie Carter?

Valerie Carter to James J and Dorothy Carter, is an American singer-songwriter. Carter is perhaps best known as a back-up vocalist who has recorded and performed with a number of singers including Jackson Browne, Don Henley, Linda Ronstadt, Christopher Cross, The Outlaws and, most notably, James Taylor.

Carter has written songs for Judy Collins, Jackson Browne and "Turn It into Something Good" to name but three.

She has recorded six albums of her own.

She recorded with Howdy Moon, produced by Lowell George, her two first albums in ARC/Columbia in 1977 and 1979, and sang for Jackson Browne, Earth Wind & Fire, Christopher Cross and, mainly, James Taylor's album and tours. In 1996 Carter returned with "The Way It Is" covering several friends' songs and a Japanese live album.

Discuss this Valerie Carter biography with the community: