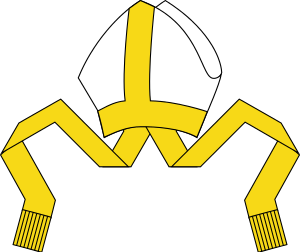 Who is Victor Hermann Balke?

Victor Hermann Balke is the former Roman Catholic bishop of Crookston from 1976–2007.

Born in Meppen, Illinois, his parents were Elizabeth Knese and Bernard Balke, Sr. He attended St. Joseph Grade School in Meppen as well as the Monterey Grade School, and graduated from Hardin Community High School in 1949. In September 1949, he entered the seminary and was ordained a priest on 24 May 1958, by Bishop William A. O’Connor for the Diocese of Springfield in Illinois.

Following his ordination in Springfield, Balke served as assistant pastor at the Cathedral of the Immaculate Conception for four years and was chaplain at St. Joseph Home for the Aged. Later he was named procurator, and then rector of the Diocesan Seminary of the Immaculate Conception in Springfield. He served on the Matrimonial Tribunal as synodal judge and defender of the bond. He was also the chairman of the Diocesan Commission on Ecumenism and secretary-treasurer of the Priests’ Council.

He was appointed Bishop of Crookston by Pope Paul VI on 3 July 1976, and was consecrated the sixth bishop of that diocese on 2 September 1976. After being the Bishop of Crookston for 31 years, and one day before his 76th birthday, Pope Benedict XVI appointed Michael Joseph Hoeppner as the new Bishop of Crookston. Bishop Balke remained at the helm of the diocese as apostolic administrator until Bishop-elect Hoeppner was installed on 30 November 2007.

Discuss this Victor Hermann Balke biography with the community: