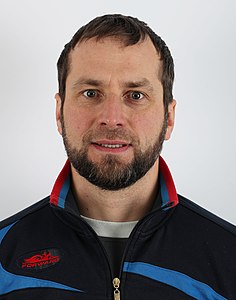 Who is Viktor Kneib?

Viktor Ivanovich Kneib is a Russian luger who has competed since the late 1990s. Competing in four Winter Olympics, he earned his best finish of 9th in the men's doubles event at Nagano in 1998.

Discuss this Viktor Kneib biography with the community: