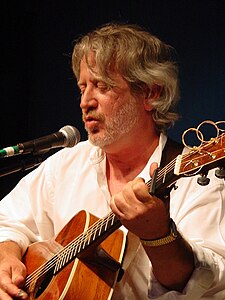 Who is Vince Bell?

Vince Bell is a Texas singer-songwriter who has appeared on the PBS television program Austin City Limits along with NPR broadcasts such as Mountain Stage, World Café and Morning Edition. His songs have been performed and recorded by Little Feat, Lyle Lovett and Nanci Griffith.

Discuss this Vince Bell biography with the community: