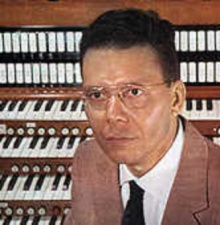 Who was Virgil Fox?

Virgil Keel Fox was an American organist, known especially for his flamboyant "Heavy Organ" concerts of the music of Bach. These events appealed to audiences in the 1970s who were more familiar with rock 'n' roll music and were staged complete with light shows. His many recordings made on the RCA Victor and Capitol labels, mostly in the 1950s and 1960s, have been remastered and re-released on compact disc in recent years. They continue to be widely available in mainstream music stores.

Discuss this Virgil Fox biography with the community: