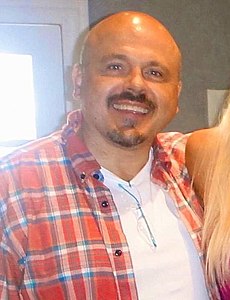 Who is Walter Afanasieff?

Walter Afanasieff is a multiple Grammy-award-winning record producer and songwriter. He is best known for his long association with Mariah Carey, for whom he was co-producer and co-writer for several years, beginning in 1990. He won the 1999 Grammy Award in the Record of the Year category for producing “My Heart Will Go On” by Celine Dion, and the 2000 Grammy Award for Non-Classical Producer of the Year.

Discuss this Walter Afanasieff biography with the community: