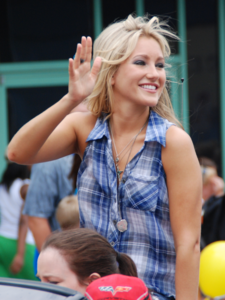 Who is Whitney Duncan?

Whitney Duncan is an American country music artist. She finished as the fifth place finalist on the fifth season of Nashville Star. She has released one studio album and has charted on the U.S. country singles charts with "When I Said I Would" and "Skinny Dippin'," as well as a Christmas single and guest appearance on a Kenny Rogers single which was released before her Nashville Star appearance. Duncan competed in the CBS reality series Survivor: South Pacific in late 2011.

Discuss this Whitney Duncan biography with the community: