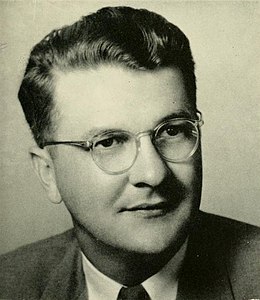 Who was William C. Marland?

William Casey Marland, a Democrat, was the 24th Governor of West Virginia from 1953 to 1957. He is best known for his early attempts to tax companies that depleted the state's natural resources, especially coal, as well as overseeing the generally non-violent implementation of school desegregation, during an era when other Southern governors opposed it.

Discuss this William C. Marland biography with the community: