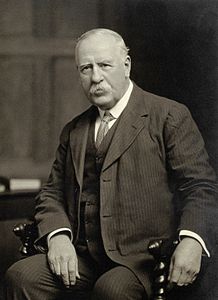 Who was Watson Cheyne?

Sir William Watson Cheyne, 1st Baronet KCMG CB FRCS FRS was a British surgeon and bacteriologist, who pioneered the use of antiseptical surgical methods in the United Kingdom, as well as abdominal surgery.

Cheyne was born at sea off Hobart, Tasmania. His father, Andrew Cheyne, was the eldest of two illegitimate children born to James Cheyne, brother to the Laird of Tangwick, John Cheyne. He grew up at the haaf fishing station at Stenness and went to sea around the age of twelve rising to command a brig in the far East at the age of 22. His mother Eliza, the daughter of the Rev. William Watson, died in 1856, leaving Willam Cheyne to be brought up by his grandfather, the Rev. William Watson, and latterly by his aunt and uncle-in-law, in Fetlar. In 1864 he was sent to attend Aberdeen Grammar School until 1868, when he went to King's College, Aberdeen, studying Greek, Latin, English, and Mathematics. By 1870 his uncle and aunt had desired him to be trained for the church, but as his father, his own inclination was for the sea. With the idea that if he became a doctor he could join the navy, he entered the University of Edinburgh where to study medicine in May 1871. He received degrees in surgery and medicine from there in 1875.

Discuss this Watson Cheyne biography with the community: