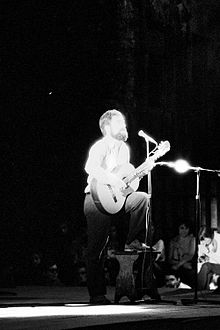 Who was Xabier Lete?

Xabier Lete Bergaretxe was a Basque writer, poet, singer and politician. He started to write from an early age and his publication of articles in the magazine "Zeruko Argiak" became quite usual. In 1965 he created a band of Basque Music with Mikel Laboa, Benito Lertxundi, Jotxean Artze, Jose Angel Irigarai and Lourdes Iriondo. The band was given the name of "Ez Dok Amairu", which disappeared in 1972, even though Xabier Lete kept on singing with Lourdes Iriondo, who, by that time, was his wife.

In 1968 Lete published his first book of poems and he won the Basque Literature Award in October 2009 for his last book of poems "Egunsentiaren esku izotzak". He received a hard blow in 2005 when his wife Lourdes died for a disease. In April 2009 Lete was proclaimed member of the Academy of Wisdom, Science, Art and Literature, and in 2010, he was named member of honor of the Academy of the Basque Language. Xabier Lete died in that year, in the 4 December, due to an illness and after having been at two hospitals seriously ill.

Discuss this Xabier Lete biography with the community: