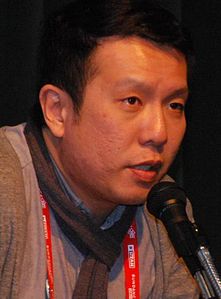 Who is Yen Tan?

Yen Tan is a Malaysian film producer and director that immigrated to the United States at the age of 19 and was based in Dallas, Texas. He is known for award winning films Happy Birthday and Deadroom. He also directed the gay-themed Ciao that he had co-written with the film's lead actor Alessandro Calza.

His screenwriting lab semi-finalist screenplay Pit Stop was selected by the Outfest Screenwriting Lab. The film also screened at the 2013 Sundance Film Festival. He was also a finalist for the prestigious Vilcek Prize for Creative Promise.

He is openly gay.

Discuss this Yen Tan biography with the community: