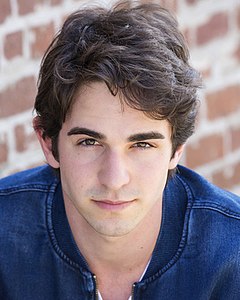 Who is Zachary Gordon?

Zachary Adam Gordon is an American film and television teen actor. Beginning his professional acting career at the age of eight, Gordon is a three-time Young Artist Award Best Leading Young Actor nominee, best known for portraying Greg Heffley in the Diary of a Wimpy Kid films, which are based on Jeff Kinney's #1 New York Times best seller, Diary of a Wimpy Kid.

Discuss this Zachary Gordon biography with the community: