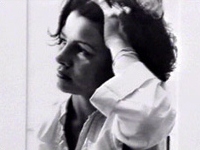 Who was Zahra Kazemi?

Zahra "Ziba" Kazemi-Ahmadabadi was an Iranian-Canadian freelance photographer, who was killed by Iranian officials following her arrest in Iran.

Although Iranian authorities insist that her death was accidental and that she died of a stroke while being interrogated, Shahram Azam, a former military staff physician who used his purported knowledge of Kazemi's case for seeking asylum in Canada in 2004, has stated that he examined Kazemi's body and observed that Kazemi showed obvious signs of torture, including a skull fracture, broken nose, signs of rape and severe abdominal bruising.

Her death was the first time an Iranian's death in custody attracted major international attention. Because of her joint citizenship and the circumstances of her death, she has since become an international cause célèbre. In November 2003, Canadian Journalists for Free Expression honoured Kazemi with the Tara Singh Hayer Memorial Award in recognition of her courage in defending the right to free expression.

Discuss this Zahra Kazemi biography with the community: