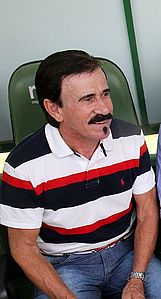 Who is Zenon de Souza Farias?

He was a skilled Central Midfielder with a great vision of the field, excellent long passes and was one of the best free kick takers in Brazil during the 1980s. He captained Brazil when they lost 2-0 at home to England in 1984.

Discuss this Zenon de Souza Farias biography with the community: