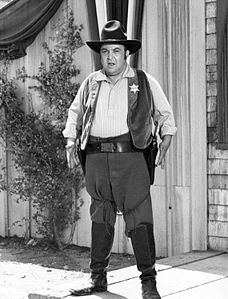 Who was Allan Sherman?

Allan Sherman was an American comedy writer and television producer who became famous as a song parodist in the early 1960s. His first album, My Son, the Folk Singer, became the fastest-selling record album up to that time. His biggest hit single was "Hello Muddah, Hello Fadduh", a comic novelty in which a boy describes his summer camp experiences to the tune of Ponchielli's Dance of the Hours.

Discuss this Allan Sherman biography with the community: