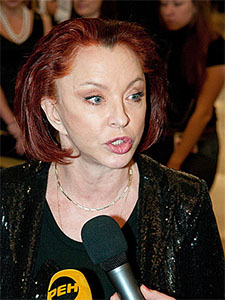 Anastasiya Alexandrovna Vertinskaya, is a Soviet and Russian actress whose mass popularity and high critical acclaim made her one of the most distinguished figures in the history of Soviet cinema. In the 1990s, disillusioned with the state of cinema at home, she went abroad to teach, spending 12 years in France, England, the United States and Switzerland. In 1988 Vertinskaya was designated a People's Artist of Russia; she is also a recipient of the Order of Honour and the Order of Friendship.

Discuss this Anastasiya Vertinskaya biography with the community: