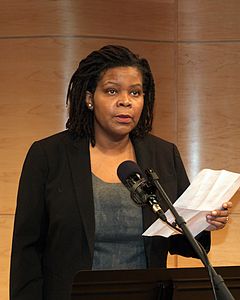 Who is Annette Gordon-Reed?

Annette Gordon-Reed is an American historian and law professor noted for changing scholarship on Thomas Jefferson regarding his relationship with Sally Hemings and children by her.

Gordon-Reed was educated at Dartmouth College and Harvard Law School. She is Professor of Law and History at Harvard, and the Carol K. Pforzheimer Professor at the Radcliffe Institute for Advanced Study. She was awarded the Pulitzer Prize for History and 15 other prizes in 2009 for her work on the Hemings family of Monticello, and in 2010 she received the National Humanities Medal and was named a MacArthur Fellow.

Discuss this Annette Gordon-Reed biography with the community: