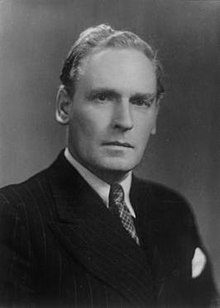 Who was Cyril Asquith, Baron Asquith of Bishopstone?

Cyril Asquith was the fourth son of H. H. Asquith, later Prime Minister and subsequently Earl of Oxford and Asquith, from his first marriage, to Helen Kelsall Melland.

He was educated at Winchester College and Balliol College, Oxford. During the First World War he served in the 16th Battalion, London Regiment, gaining the rank of Captain.

He was called to the Bar at the Inner Temple in 1920. In 1936 he was elected to serve on the Liberal Party Council. He took silk in 1936 and was appointed Bencher in 1939. He was a Justice of the King's Bench 1938-46 and as such was appointed Knight Bachelor. He was a Lord Justice of Appeal 1946-51 and as such was sworn of the Privy Council. In 1951 he was made a Lord of Appeal in Ordinary and received, as a law lord, automatically a life peerage as Baron Asquith of Bishopstone, in the County of Sussex. He held office until his death in 1954.

He married Anne Stephanie Pollock, daughter of Sir Adrian Donald Wilde Pollock, of the Pollock Baronets, on 12 February 1918. They had four children:

Discuss this Cyril Asquith, Baron Asquith of Bishopstone biography with the community: