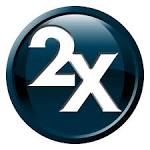 Double is the stage name for Japanese R&B singer Takako Hirasawa. Double used to be the name for the two member R&B group consisting of Takako and her sister Sachiko. After the death of her sister in May 1999, Takako started her solo career adopting Double as her stage name. Double has been titled as the "Queen of R&B" and is considered to be a pioneer for being the first artist to bring American-style R&B to Japan.

Discuss this Double biography with the community: