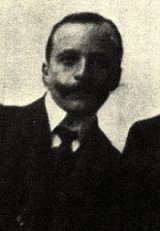 Who was Ernst Burchard?

Ernst Burchard was a German physician, sexologist, and gay rights advocate and author.

Burchard was born in Heilsberg. He studied medicine in Tübingen, Würzburg and Kiel, taking his doctoral degree in 1900 with a dissertation on Einige Fälle von vorübergehender Glycosurie. After his studies, he worked as a physician in Berlin and opened his own practice. Here he met Dr. Magnus Hirschfeld and joined him to found the Scientific-Humanitarian Committee along with the pastor Georg Plock and Baron Hermann von Teschenberg.

Burchard, who was gay, testified as an expert witness in several court cases involving prosecutions on grounds of Paragraph 175, which criminalized homosexual practices. He and Hirschfeld co-authored several articles on sexology. In 1913, Burchard published his books Zur Psychologie der Selbstbezichtigung and Der sexuelle Infantilismus, and in 1914 he published his Lexikon des gesamten Sexuallebens. Burchard also wrote lyric poems for the gay periodicals Der Eigene and Jahrbuch für sexuelle Zwischenstufen, including the poem "Vivat Fridericus". Burchard died on February 5, 1920, in Berlin and was buried at the Luisenfriedhof cemetery.

Modified by acronimous
on September 12, 2021

Discuss this Ernst Burchard biography with the community: