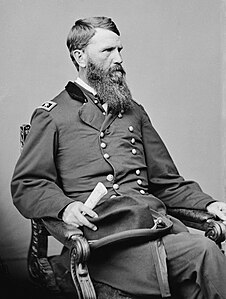 Who was Francis Preston Blair, Jr.?

Francis Preston Blair, Jr. was an American politician and Union Army general during the American Civil War. He represented Missouri in both the House of Representatives and the Senate, and he was the Democratic Party's nominee for Vice President in 1868.

Discuss this Francis Preston Blair, Jr. biography with the community: