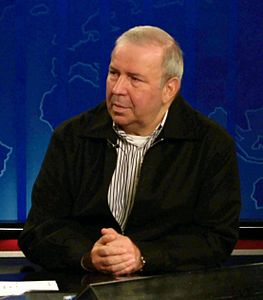 Who is Frank Sinatra, Jr.?

Frank Jr. is the son of legendary musician and actor Frank Sinatra, Sr. and his first wife, Nancy Barbato Sinatra. He is the younger brother of singer and actress Nancy Sinatra, and the older brother of television producer Tina Sinatra.

Discuss this Frank Sinatra, Jr. biography with the community: