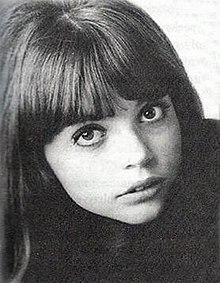 Who is Gail Zappa?

Gail Zappa was the second wife of musician and composer Frank Zappa and is the Trustee of the Zappa Family Trust. They met in 1966 when she was working at the Whisky a Go Go in Los Angeles, and they were married on September 21, 1967, while she was pregnant with her first child, Moon Zappa. The marriage also produced children Dweezil Zappa, Ahmet Zappa, and Diva Zappa. She is an aunt to model/actress Lala Sloatman.

Gail made a very brief appearance with musician boyfriend Bobby Jameson in the 1967 documentary film Mondo Hollywood. The scene was filmed in 1965 or 1966 before she met Frank.

Discuss this Gail Zappa biography with the community: