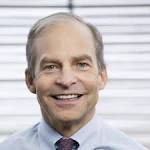 Who is Herbert Fisk Johnson III?

Herbert Fisk Johnson III or H. Fisk Johnson III, known as "Fisk", is the fifth generation of his family to lead S. C. Johnson & Son, Inc of Racine, WI. He is the current Chairman and CEO of the company. He is the son of Samuel Curtis Johnson, Jr., who died in 2004, and Imogene Powers Johnson. He is also the great-great-grandson of company founder Samuel Curtis Johnson, Sr. Fisk is tied with his three siblings and mother at #215 on the Forbes 400 list of Richest Americans.

Discuss this Herbert Fisk Johnson III biography with the community: