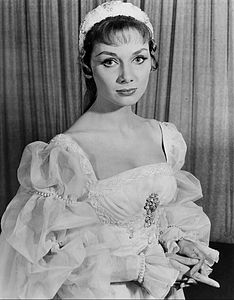 Who is Inga Swenson?

Inga Swenson is an American actress.

Inga Swenson graduated from Central High School in Omaha, Nebraska in 1950. She studied drama at Northwestern University, under Alvina Krause, among others. and was a member of Alpha Phi sorority. Early in her career Swenson had supporting roles in the films Advise and Consent and The Miracle Worker in which she played Helen Keller's mother. Swenson is a trained lyric soprano and starred on Broadway in New Faces, The First Gentleman and received Tony Award nominations for Best Actress in a Musical for her performances in 110 in the Shade and Baker Street.

Swenson had a role in the TV western series Bonanza in two episodes: "Inger, My Love" and "Journey Remembered". Swenson took a brief leave of absence from her starring role in 110 in the Shade on Broadway to appear in the later episode. In these episodes she played the second wife of Ben Cartwright, the mother of Hoss Cartwright, She was actually four years younger than Blocker. Swenson later guest starred in an episode of Lorne Greene's short-lived crime drama Griff.

Discuss this Inga Swenson biography with the community: