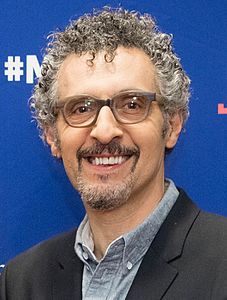 Who is John Turturro?

John Michael Turturro is an American actor, writer and director known for his roles in the films Do the Right Thing, Miller's Crossing, Barton Fink, Quiz Show, The Big Lebowski, O Brother, Where Art Thou? and the first three films in the Transformers film series. He has appeared in over sixty films, and has worked frequently with the Coen brothers, Adam Sandler and Spike Lee.

Discuss this John Turturro biography with the community: