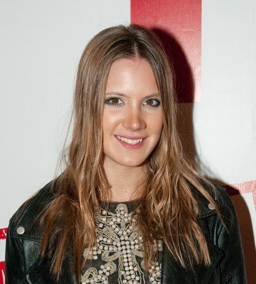 Kira Sergeyevna Plastinina is a Russian fashion designer. She has more than 120 stores in Russia, Ukraine, Kazakhstan, Belarus, China and Philippines.

Her father, Sergei Plastinin, is a millionaire and former CEO of a large dairy corporation called Wimm-Bill-Dann. He invested significant capital in his daughter's vision. Together they opened up stores in Europe, and later the United States in May 2008. Plastinin spent nearly $80 million for a total of 12 stores in the U.S., none of which lasted long. He paid Paris Hilton $2 million to attend Plastinina's fashion show in Russia, and hired Chris Brown to perform at her Los Angeles opening party. Her firm, KP Fashion Co., filed for chapter 7 bankruptcy protection on January 2, 2009. The business was unsuccessful in the U.S. fashion market, for which her father blamed the recession. To this, the Los Angeles Times joked: "It had nothing to do with the fact that the clothes were ugly." Plastinin also said his daughter's stores in Europe were still financially viable and thus unaffected. However, they too soon closed. Today, most of her shops are located in Russia and other countries in the Commonwealth of Independent States.

Discuss this Kira Plastinina biography with the community: