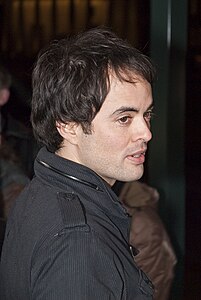 Who is Nikolai Kinski?

Nanhoï Nikolai Kinski is a French-American film actor, who has also done work in television and on stage. He was born in Paris, France and grew up in California. Currently residing in Berlin, Germany, he has acted primarily in American and German films, and speaks English, German and French. He holds dual citizenship in the United States and France.

He is the son of the German actor Klaus Kinski and his third wife, Minhoi Geneviève Loanic. He is the half-brother of actresses Pola Kinski and Nastassja Kinski.

Discuss this Nikolai Kinski biography with the community: