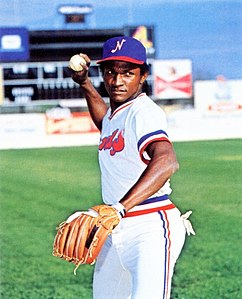 Who is Otis Nixon?

Otis Junior Nixon, Jr. is a former Major League Baseball player. He was a center fielder and switch-hitter who played from 1983 to 1999. He has stolen the most bases for a player that has never appeared in an MLB All-Star game that played after 1933, when the All-Star game was inaugurated.

Discuss this Otis Nixon biography with the community: