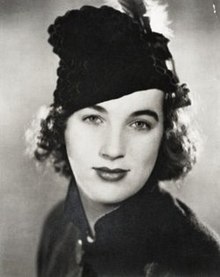 Who was Patricia Lake?

Patricia Van Cleeve Lake, known as Patricia Lake, was an American socialite, actress, and radio comedienne. She was long suspected of being the illegitimate daughter of actress Marion Davies and publishing magnate William Randolph Hearst, which she herself admitted shortly before she died.

Discuss this Patricia Lake biography with the community: