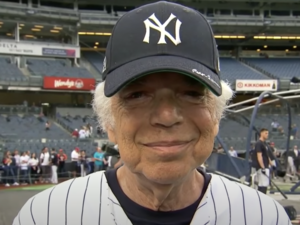 Who is Ralph Lauren?

Ralph Lauren, pronounced LAU-ren is an American fashion designer, philanthropist, and business executive, best known for the Ralph Lauren Corporation clothing company, a global multi-billion-dollar enterprise. He has also become well known for his collection of rare automobiles, some of which have been displayed in museum exhibits.

In 2010, Lauren was declared Chevalier de la Legion d'honneur by French President Nicolas Sarkozy. As of September 2012, Forbes estimates his wealth at $7 billion, which makes Ralph Lauren the 191st richest person in the world.

Discuss this Ralph Lauren biography with the community: