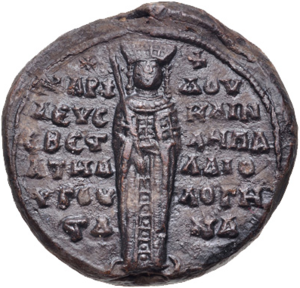 Who was Rita of Armenia?

Rita of Armenia was a daughter of King Levon II of Armenia and Queen Keran. She was the wife of Byzantine co-emperor Michael IX Palaiologos, making her a junior empress-consort of the Byzantine Empire. In 1317, she became the only empress upon the death of the senior empress, Irene of Montferrat. She was known as Maria in Constantinople.

Discuss this Rita of Armenia biography with the community: