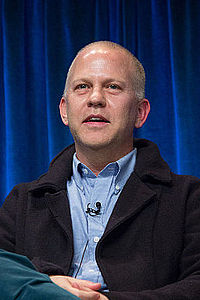 Who is Ryan Murphy?

Ryan Murphy is an American film and television screenwriter, director, and producer. Murphy is best known for creating or co-creating a number of television series, including Popular, Nip/Tuck, Glee, American Horror Story, and The New Normal.

Discuss this Ryan Murphy biography with the community: