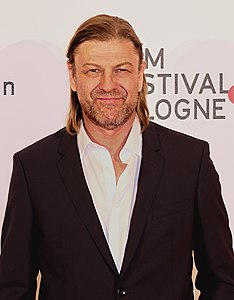 Who is Sean Bean?

Sean Bean is an English actor. He is best known for portraying Boromir in The Lord of the Rings film trilogy, Lord Eddard Stark in the HBO television series Game of Thrones, and Richard Sharpe in the ITV series Sharpe. Other notable works include Alec Trevelyan in the James Bond film GoldenEye, Odysseus in Troy, Dr. Merrick in The Island, Ian Howe in National Treasure, Zeus in Percy Jackson & the Olympians: The Lightning Thief, and Ulric in Black Death. He played Robert Aske in Henry VIII, and has also performed voice work for video games, including Martin Septim in The Elder Scrolls IV: Oblivion.

Discuss this Sean Bean biography with the community: