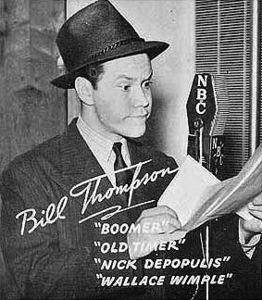 Who is Bill Thompson?

William Colridge "Bill" or "Billy" Thompson, Jr. was the 42nd Comptroller of New York City. Sworn into office on January 1, 2002, he was reelected to serve a second term that began on January 1, 2006. He did not seek re-election in 2009, instead running for mayor, and was succeeded as comptroller by John Liu.

Discuss this Bill Thompson biography with the community: