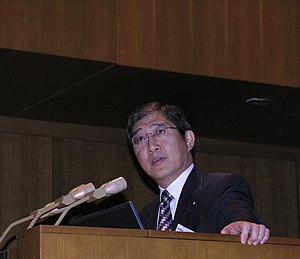 Who is Carl Chang?

Carl Kochao Chang is Professor and Chair of the Department of Computer Science at Iowa State University. He received a PhD in computer science from Northwestern University. He worked for GTE Automatic Electric and Bell Laboratories before joining the University of Illinois at Chicago in 1984, where he directed the International Center for Software Engineering. He served as Professor and Director for the Institute for Mobile, Pervasive, and Agile Computing Technologies at Auburn University from 2001–2002, before moving to Iowa State University in July 2002. Chang was the 2004 IEEE Computer Society President. Previously he served as the Editor-in-Chief for IEEE Software and Editor-in-Chief for IEEE Computer. He spearheaded the Computing Curricula 2001 project jointly sponsored by the IEEE Computer Society, the ACM, and the National Science Foundation. He is Fellow of both IEEE and AAAS, and a member of the European Academy of Sciences. He received the 2000 IEEE Third Millennium Medal, the 2006 Bulgaria Academy of Sciences Marin Drinov Medal, and the 2012 IEEE Computer Society Richard E. Merwin Medal. As a three times winner of IBM Faculty Award, Chang’s research interests include software engineering, net-centric computing and successful aging.

Discuss this Carl Chang biography with the community: