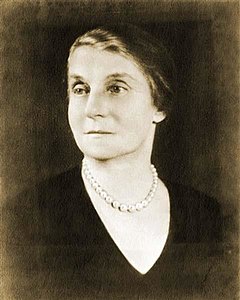 Who was Caroline Bamberger Fuld?

Caroline Frank Fuld was an American businesswoman and philanthropist most noted for co-founding the Institute for Advanced Study in Princeton, New Jersey.

Fuld, who was called "Carrie", grew up in Baltimore, the fifth of six children born to Elkan Bamberger, who had emigrated from Bavaria in 1840, and Theresa Bamberger, who was heir to a large Baltimore department store. Carry moved with her brother Louis to Philadelphia in 1883, and the two of them, with business partners Louis Meyer Frank and Felix Fuld, started the business that became L. Bamberger and Co. The four partners all worked in the store and developed new methods of retail advertising and selling.

Subsequently, Carrie Fuld devoted her energies to philanthropy. With her husband, and continuing after his death, she contributed to Jewish charities, including Newark's Beth Israel Hospital, the Jewish Relief Committee, and Hadassah. In 1931, she was elected national director of the National Council of Jewish Women.

Discuss this Caroline Bamberger Fuld biography with the community: