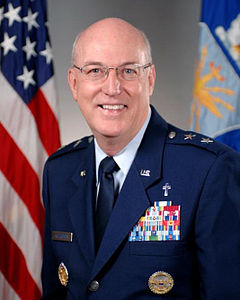 Who is Cecil R. Richardson?

Chaplain Cecil R. Richardson, USAF retired as the 16thth Chief of Chaplains of the United States Air Force, effective June 1, 2012, with an official retirement ceremony on May 30, 2012. He was appointed to that assignment on May 28, 2008.

Richardson, a member of the Assemblies of God, was the first Pentecostal minister to be promoted to flag officer rank in the U.S. Air Force. He has said that his role was to be "a pastor to Christians, and a chaplain to all."

Discuss this Cecil R. Richardson biography with the community: