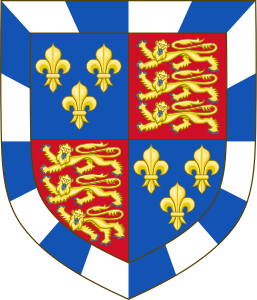 Who was Eleanor Beaufort?

In 1453, Eleanor's first husband James Butler, 5th Earl of Ormond was Lieutenant of Ireland. Eleanor married him on or around April 1458. When civil conflict broke out, the lieutenant fought on the Lancastrian side. He was present at the first battle of St. Albans in 1455, Mortimer's Cross in 1461 and at the Battle of Towton. Ormond also held the post of councillor to the Lancastrian Prince of Wales. After Towton, he was a proscribed traitor and was captured the same year at Cockermouth and executed there in 1461.

Eleanor next married Sir Robert Spencer in about 1470. They had two daughters:

Reference:C 146/1170 Description: Receipt from Robert Spencer, knight, and Eleanor his wife, Countess of Wiltshire, late the wife of James Earl of Wiltshire, to Thomas, Earl of Ormond, William Husee, the King's Chief Justice of the Common Pleas, John Cheyne, William Hody, and John Biconell, knights, William Martyn, William Froste, and Thomas Cary, for 40 marcs, paid in the church of St. Paul at the Rood of the north door, part of a yearly rent of 80 marcs payable out of certain manors, &c.: [Middx.]

Discuss this Eleanor Beaufort biography with the community: