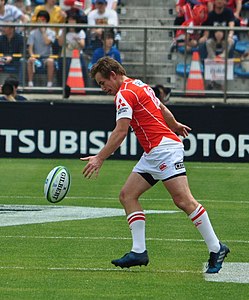 Who is Hayden Parker?

Hayden Parker is a rugby union player who represents Otago in the ITM Cup Championship, playing as a first five-eight.

In October 2012, it was announced that he would join the Highlanders squad for the 2013 Super Rugby season.

Discuss this Hayden Parker biography with the community: