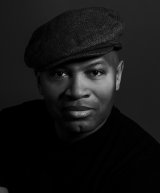 Who is Joseph Strickland?

Joseph Strickland, born on November 9, 1962 in Chicago, Illinois, is an American film director and author. A Writer's Guild of America West Coast member, Strickland got his start in music videos featuring well-known blues and jazz artists, industrial videos, and television programs for cable TV, as well as live productions.

Enrolled in Columbia College of Chicago - with a strong interest in art and writing - during the 1980s, Strickland was drawn to working on various student film projects with any number of his fellow alumni, including Tim O'Neill, with whom Strickland co-produced and co-directed a short feature titled Daily Mass in 1989. The film would later receive a spotlight in the 24th Chicago International Film Festival, respectively.

After writing an original screenplay titled The Epidemic in 1985, Strickland began working on another script in 1992 after having watched the Jeffrey Dahmer trial on television. He would eventually title his new treatment Dual Mania, which would be a psychological thriller centered around an African American psychiatrist who takes on a White male patient deeply disturbed by childhood issues.

As an emerging filmmaker, Strickland was invited to participate as a judge on the feature film panel in the 32nd Chicago International Film Festival in 1996. Many of the notable films present that year included Twilight of the Golds, Sling Blade, The Fugitive, etc. Moreover, Strickland was personally invited to serve as a judge on the adult jury panel in the 14th Annual Chicago International Children's Film Festival in 1997. And In 1998, Strickland would return to the 15th Annual Chicago International Children's Film Festival to perform as Chair of the Features Jury on the adult jury panel. A few of the showcased films that were awarded with Strickland's endorsement included The Island on Bird Street, Hands Up, and Bavel's Book, the latter a children's feature that the filmmaker would later praise in an interview with the Chicago Tribune.

Joseph Strickland is the co-author of The Making of Dual Mania: Filmmaking Chicago Style, a collaborative effort between himself, author and theater critic B.J. Patterson, and author Cat Ellington, to whom Strickland is married.

Modified by NicoleJohnston
on February 20, 2020

Discuss this Joseph Strickland biography with the community: