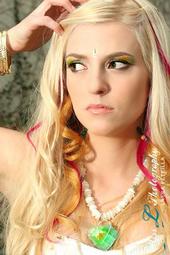 Who is Kellee Maize?

Kellee Maize is an American rapper, singer, and songwriter. Her first album, Age of Feminine, was released in 2007. Since then, she has released three more albums: Aligned Archetype, Integration and Owl Time. Maize has been involved in the music business just over a decade and has recorded and released three full albums leading to a handful of singles. As of 2011, her YouTube videos had combined for over 4 million views, and she had over 180,000 Twitter and Facebook fans. Her albums had been downloaded over 400,000 times, and she has been mentioned in various media outlets over 200 times. According to a news report in 2011, a Google search for “female rapper” displayed her website as the number 1 search result.

Discuss this Kellee Maize biography with the community: