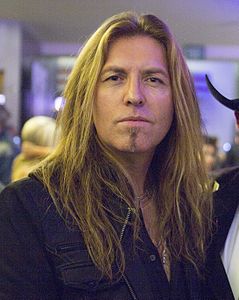 Who is Neil Johnson?

Neil Brook Johnson is a British film and music video producer, director, and editor best known for his long association with heavy metal band Manowar, and for directing and writing Science Fiction Films. While not well known in public spheres, he is regarded by experts as a pioneer in digital film-making.

Discuss this Neil Johnson biography with the community: