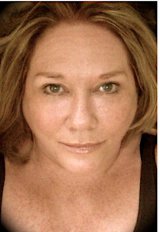 Nuala Quinn-Barton (Nuala Barton) is the CEO of Mania Entertainment LLC. She is an accomplished Executive, Producer and Consultant with more than 30 years of success across the visual, and entertainment arts. Leveraging extensive experience in film/television finance and production, talent acquisition, artistic development, and business management, she is a valuable asset to any production.

She has been or is currently involved in the following Feature Films, Glastonbury Isle of Light the Journey of the Grail, Naughty Boys, Goodbye Christopher Robin, Marilyn Monroe Returns, By Love Reclaimed, the Untold Story of Jean Harlow and Paul Bern,For the Love of a Butterfly, The Third Half, Homecoming,

Over the years she has worked closely with many Hollywood executives and most major studios, both in the United States and Britain.

​Nuala completed higher education programs in English and European Studies at the University of East Anglia; and Design and Fashion/Apparel Design at Lucie Clayton School of Design London. She is also a former Lucie Clayton Fashion Model. In addition to native English, she has professional working proficiency in French, a working proficiency in German and an understanding of Italian and Spanish.

Submitted by nualaquinnbarton
on January 12, 2018

Discuss this Nuala Quinn-Barton biography with the community: