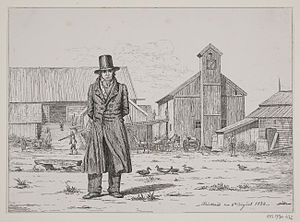 Who was Peter Collett?

Peter Collett was a Norwegian judge.

He was born in Modum as a son of landowner Peter Collett and Maren Kirstine Holmboe. He was a brother of Christian Ancher Collett and great-grandfather of Emil Collett. In August 1794 he married vicar's daughter Eilertine Severine Bendeke. He was an assessor in the diocesal court of Akershus from 1802 to 1814, and in the Supreme Court of Norway from 1814 to 1830.

Discuss this Peter Collett biography with the community: