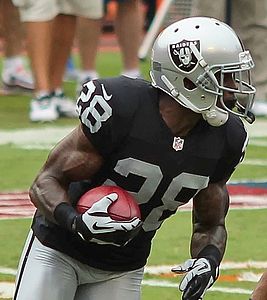 Who is Phillip Adams?

Phillip M. Adams is an American football cornerback for the Seattle Seahawks of the National Football League. He was drafted in the seventh round of the 2010 NFL Draft by the San Francisco 49ers. He played college football for South Carolina State University.

He has also played for the New England Patriots and Oakland Raiders.

Discuss this Phillip Adams biography with the community: