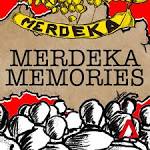 Who is Rahimah Rahim?

Rahimah Rahim is a retired singer from Singapore. She has released 12 albums.

Rahimah is the daughter of Rahim Hamid, a singer from the 1950s, and Mariam Baharom, an actress. Her uncle is singer Ahmad Daud. She is the eldest of four children. She had her first acting rôle at age six, when she played a little rich girl in Korban Kasih. As a child, she would perform with her father on television and in nightclubs. She performed in the television show Pak Awang Temberang in the 1960s. She also had film rôles as a child in Masuk Angin Keluar Asap and Kasih Ibu.

She released her first album, entitled Mana Ibumu in 1972, when she was 17. Her hit songs include "Doa" and "Gadis Dan Bunga". Other of her albums include Gadis Dan Bunga and Bebas, both of which were produced by Johari Salleh and went gold. Her singing career took off in 1974 when she was the group champion and the grand champion in Kim Koso Talentime in Japan. She has since represented the SBC in the ASEAN Song Festival and in the Golden Bell Awards in Taiwan. She has sung in Malay, Indonesian, English, and Japanese.

Discuss this Rahimah Rahim biography with the community: